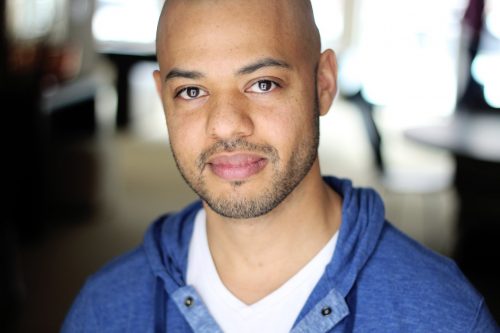 Originally from Racine, Wisconsin, Ryan received his BA in Theater from the University of Wisconsin Madison, where he was awarded the Smith and Butt prize for artistic achievement. He then attended The Yale School of Drama, where he received his MFA in acting.

As an actor Ryan was recently seen Off-Broadway in Second Stage’s world premiere of Whorl Inside a Loop (w/ Sherie Rene Scott, dir. Dick Scanlan and Michael Mayer). Additionally he has worked Off-Broadway with Bedlam Theater Company in Dead Dog Park, and with Theater for a New Audience in The Killer (w/ Michael Shannon), Antony and Cleopatra (w/Laila Robins), both directed by Tony award winning Darko Tresnjak, King Lear (w/ Michael Pennington, dir. Arin Arbus), and Hamlet (w/Christian Camargo, dir. David Esbjornson). He is most proud of returning to his home state of Wisconsin to perform the lead role in Yellowman at The Milwaukee Repertory Theater, and with his eight seasons as a company member with The Hudson Valley Shakespeare Festival (HVSF). Regionally, he has also worked at The Old Globe, Yale Repertory Theater, Baltimore Center Stage, The American Repertory Theater, and others.

In the past few years Ryan has additionally worked as a director. He is the artistic director and a co-founder of Esperance Theater Company (esperancetheatercompany.org), where he has directed numerous readings, as well as full productions of Twelfth Night, Youth & Ambition (a mash up of R&J and Macbeth), and Breitwisch Farm, by Jeremy J. Kamps. He has also directed for; The Milwaukee Rep (So Thrive My Soul – an adaptation of Romeo and Juliet), and Lost Girl by Kimberly Belflower, The Hudson Valley Shakespeare Festival (Macbeth, Romeo and Juliet, Two Noble Kinsman), Ugly Rino, Atlantic Theater Company Acting Company, and NYU’s MFA Playwriting Program.

At the Yale School of Drama he worked with Broadway fight director Rick Sordelet, first as his assistant, then running his supplemental combat class for the second year MFA students. He has worked with Chris Edwards, of the Point of Entry Theater Company, helping design and perform a “Combat in Shakespeare” workshop for Lincoln Center Meet the Artists. He has choreographed stage violence for numerous shows, and has served as fight captain for over a dozen Equity productions.

As an educator Ryan has spent over twenty years working with students of all ages, teaching classes in Acting, Text, Shakespeare, Stage Combat, Movement, Games, Audition Technique and Improvisation, with organizations such as: Lincoln Center for the Performing Arts, Manhattanville College, HVSF, Vassar College’s Powerhouse Apprentice Training Program, The National Shakespeare Company, Chappaqua Scholarship Program, Stratford Shakespeare Academy and others. He served as the Apprentice Coordinator for HVSF, helping develop curriculum, company culture, and teaching classes geared toward actor development. He feels that some of his most important work was spent at Phoenix House Academy with “at risk” youth.