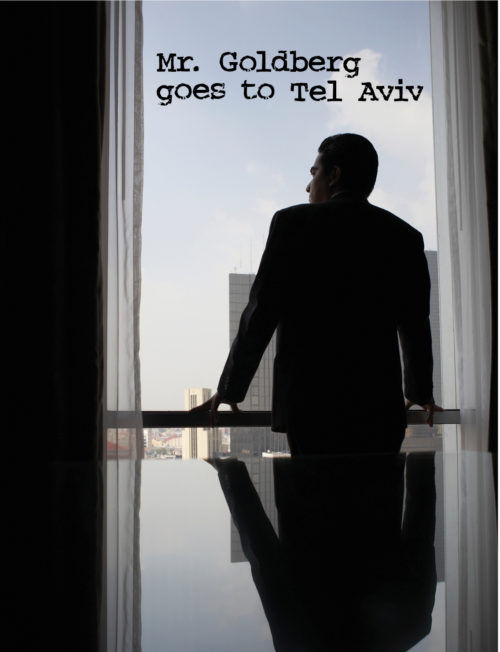 Montreal, January 18th, 2017 – Every year Infinitheatre touts Quebec’s finest playwrights in their season and Oren Safdie’s Mr. Goldberg Goes To Tel Aviv is no exception. Safdie is a four time New York Times Critics’ Pick playwright who brought Infinitheatre the controversial hit Unseamly in 2014, a nervy play that dealt with sexual harassment in the garment industry. Even bolder, Mr. Goldberg Goes To Tel Aviv is a fast-paced poignant farce that jumps headlong into a jaw-rattling ride through the Palestinian/Israeli conflict, where allegiances constantly shift, religion is irreverent, and politics is a matter of survival.

Mr. Goldberg tells the story of an award-winning, Jewish Canadian gay author named Tony Goldberg, played by critically acclaimed performer David Gale, who arrives in Tel Aviv to deliver a blistering attack on the Israeli government to the country’s left leaning literate. But before he leaves his hotel room, the conflict in the Middle East comes to him.

Mr. Goldberg is not only a hilarious joy ride on the back of an inveterate conflict, it is a play that reaches out to everyone with one message.  As Safdie puts it, “if you think you can understand the complexities of the situation in the Middle East and make a judgement from reading a few articles or watching a couple of documentaries, you’re doing yourself a disservice.”  Safdie is well positioned to tackle the presumptions many outsiders have regarding the reality of the Palestinian/Israeli conflict.  He’s a celebrated Montreal playwright who was born to Israeli parents.  His mother, originally from Poland, spent the war in hiding and his father, a descendant from Aleppo, Syria, was born in Haifa before Israel became a state.  In fact both of Safdie’s parents were living in Palestine when it became the state of Israel in 1948. Safdie traveled to Israel every summer as a boy to visit relatives and completed a three-month service with the Israeli pre-army. His family had a house in the Jewish Quarter in the Old City and Mr. Goldberg Goes To Tel Aviv springs from this life experience in Jerusalem. While Safdie is technically an Israeli citizen by way of his father, he doesn’t consider himself a “true Israeli” because he’s exempt from doing a mandatory three-year military service… He instead has the option of going to Montreal where the biggest disputes have to do with language.

Infinitheatre’s Artistic Director and the Director of Mr. Goldberg Goes To Tel Aviv, Guy Sprung, is also sensitive to the material. In fact, Sprung hosts discussions after certain shows in the lobby where audience members can voice their enjoyment or displeasure of the piece presented. “We want to use the delicious comedy that Oren has orchestrated as a gateway to understanding,” says Sprung. He goes on to explain that “it is critical that each character, from each side, is fully drawn in a three-dimensional manner. Conflict is part of human nature and it is important that we not forget how to disagree with one another with integrity,” Sprung maintains. It may be only the equivalent of a drop of water in the Mediterranean, but Infinitheatre hopes, in some small way, to contribute to peace from the ground up. Sprung draws out the humanity in each of the three characters in the play while exploring their respectively entrenched opposing political/religious views. He has intentionally cast a Jewish actor, Howard Rosenstein, in the role of a Palestinian and an Arab actor, Mohsen El Gharbi, in a Jewish role as a symbolic testament to our universal humanity.

Infinitheatre is Quebec’s premiere English-language theatre producing original Quebec works. Notably, both Mr. Goldberg and Unseamly were finalists in Infinitheatre’s hallmark annual playwriting competition Write-On-Q!. Each year, finalists from the competition receive a public staged reading through Infinitheatre’s The Pipeline series and often production in upcoming seasons. In addition to these initiatives, Infinitheatre provokes and nurtures the best in contemporary Quebec playwriting, and has pushed the craft to the next level by founding the Quebec Playwright’s Unit in 2014 (aka: The Unit). Infinitheatre challenges writers to develop their craft to its highest level and ensures that Quebec English-language plays are produced and celebrated in theatres across Canada and internationally.

Infinitheatre is generously supported by: Season sponsors CN and Hydro-Quebec

Below are some photos of Anya Klepikov‘s work from EMPTY THE HOUSE at The Curtis Institute of Philadelphia. 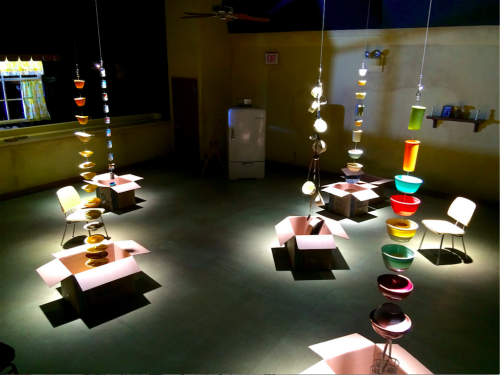 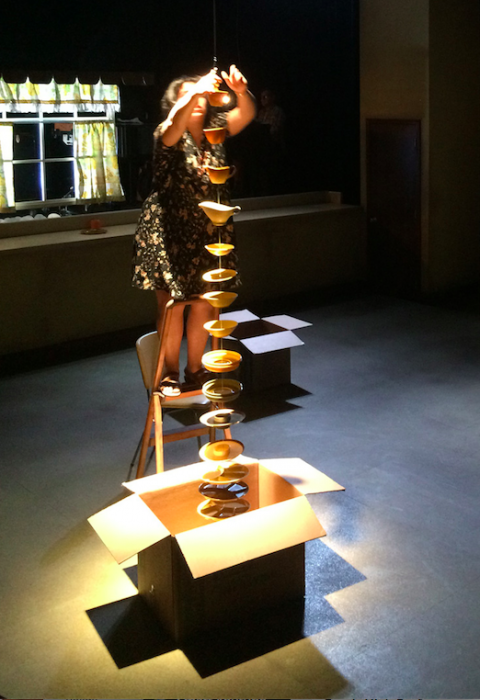 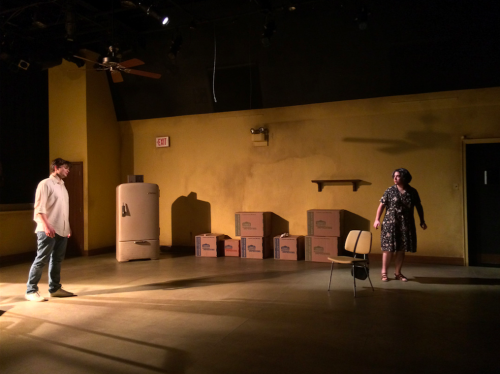 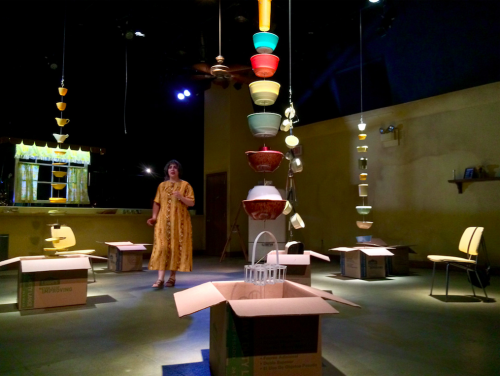 CANCUN: A story about what happens when a dream vacation turns into the life you could only imagine.

After a night of fun, two married couples vacationing in Cancun begin to contemplate new possibilities in the great “what if’s” of their lives.

This hilarious comedy about contemporary relationships and marriage is written by Jordi Galceran, one of Spain’s leading playwrights from Catalonia.