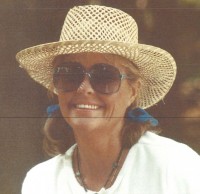 In the theatre, Tina Tippit has been a bookwriter for THE WIZ (with Bill Brown) and TWIST; the bookwriter of the musical GRINGO; co-bookwriter of a musical HAVE A NICE DAY; also of a musical revue, COLE; co-sketch writer for NEW FACES OF 1991; co-author of two comedies: MIXED DOUBLES, and STOLEN BY THE GYPSIES; co-creator of a television pilot, ON THE ROCKS, and writer for the TV soap opera AS THE WORLD TURNS.

She has written special material for Imogene Coca, Virginia Grahame, Hermione Gingold, and George Gobel. She wrote a TV special, WHO’S WHO IN THE ZOO starring Eartha Kitt.

She has contributed sketches and blackouts to a Cab Calloway/Judith Jameson revue: STYLE, BABY, STYLE; to another revue: PLAYBOY ON BROADWAY; and to the off-Broadway revues: ANY NUMBER CAN PLAY, SECRETS EVERY SMART TRAVELER SHOULD KNOW, and SMAZE. She has also written material for MORE SWEET REASON at O’Neill’s Dinner Theatre in Toronto.

She is co-author of SERGEANT SPIDER, a children’s book.

In the industrial field, her material has been used in various shows, including FORD, PITNEY BOWES, and STATE FARM INSURANCE.

She has worked as a professional gag writer for comic features beginning while still in college and has had gags published in all major magazines, including The New Yorker, Ladies Home Journal, Look, Colliers, Saturday Evening Post, McCall’s, and Better Homes and Gardens. She also wrote for the United Features’ comic strip “Boomer.”

At one time, she served as Humor Editor of Look Magazine. She served on the Board of Directors and is a founding member of the NEW DISCOVERY THEATRE in New York City. Additionally. She is a charter member of the THEATRE ARTISTS WORKSHOP in Connecticut, and is a member of the Dramatists Guild.