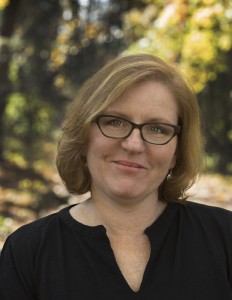 TAMMY RYAN is a resident playwright of New Dramatists class of 2025.  Her award-winning plays have been performed, commissioned and/or developed across the United States and internationally at such theaters as The Alliance Theater, Florida Stage, Marin Theater, People’s Light and Theater Company, Premiere Stages, City Theatre Company, The Pittsburgh Playhouse, Pittsburgh Festival Opera, The Dorset Theater Festival, Portland Stage Company and 29th Street Rep among many others.

Plays include Molly’s Hammer (Repertory Theater of St. Louis) nominated for the Susan Smith Blackburn Prize, the ATCA Steinberg New Play Award and a St. Louis Theater Critics Circle Award; Tar Beach (Luna Stage) also nominated for the Susan Smith Blackburn Prize and included on the Kilroy’s List; and her newest play, Colleen’s Wake developed at the Ignite Festival in 2018. Other plays include Soldier’s Heart, A Confluence of Dreaming, FBI Girl: How I Learned to Crack My Father’s Code (Pittsburgh Playhouse) Lindsey’s Oyster (Garag Istanbul, Kitchen Theater) and Baby’s Blues which was performed at the National Center for Performing Arts in Mumbai, India in 2018.  Lost Boy Found in Whole Foods, (Premiere Stages) was awarded the ATCA Francesca Primus Prize in 2012 and featured at the National New Play Networks national showcase.   Her work for young audiences includes a devised adaptation, We Are Antigone, commissioned as part of the Alliance Theater Company’s Collision Project, is published by Playscripts and continues to be produced at high schools across the United States and in Australia. The Music Lesson, commissioned by Prime Stage, professionally premiered at Florida Stage in 2000, was awarded the AATE Distinguished New Play Award in 2004 and has since had well over fifty productions nationally and in Canada.

Ryan’s plays have been named finalist or semi-finalist for numerous awards including the The Terrence McNally Playwriting Award, Jane Chambers Playwriting Award, Heideman Award, David Mark Cohen Award, Interact Theatre’s 2020 Commission Award and the National Playwrights Conference. She is the recipient of many fellowships, residencies and grants and is grateful for the support she has received from the New Harmony Project, the Sewanee Writer’s Conference, Virginia Center for the Creative Arts, the Pennsylvania Council on the Arts, the Heinz Endowments, The Pittsburgh Foundation, The Pittsburgh Cultural Trust, Greater Pittsburgh Arts Council and the Sprout Fund.

We are proud to announce that Tammy Ryan has been admitted to NEW DRAMATISTS with the playwright class of 2025!