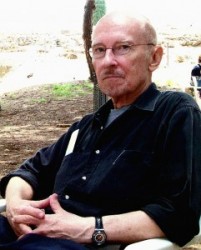 Marion Peter Holt is a writer and a translator of contemporary Spanish and Catalan theatre. His translations of plays by Buero-Vallejo, López Rubio, Skármeta, and other dramatists have been staged in New York and London, and by regional and university theatres throughout the United States, including Baltimore’s Center Stage, the Wilma Theatre, Chicago’s Bailiwick Repertory, the Atlanta Alliance Theatre, the San Jose Repertory Company, and the San Diego Repertory.

In June, 2010, his translation of Sergi Belbel’s BLOOD had its Australian premiere at TheatreWorks-Melbourne. His most recent translations are Belbel’s OFFSIDE and Guillem Clua’s acclaimed MARBURG, which was the featured play in the spring 2011 issue of TheatreForum. His recent publications include BENET I JORNET: TWO PLAYS (FLEETING AND STAGES) and BARCELONA PLAYS, a co-edited collection in which his translations of Benet i Jornet’s SALAMANDER and Lluïsa Cunille’s BARCELONA, MAP OF SHADOWS appear.

He is an emeritus professor of Theatre at the CUNY Graduate Center and has been a visiting lecturer at the Yale School of Drama, Hunter College, and Barcelona’s Institut del Teatre.

Marion is a member of the Dramatists Guild.