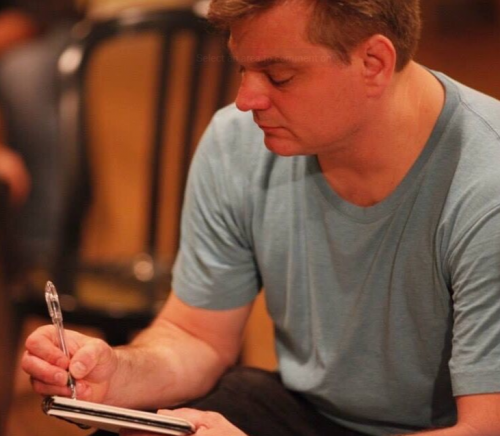 John Walch’s plays include, WHAT GOD HATH WROUGHT: A TRANSATLANTIC FARCE, IN THE BOOK OF , TEA-TOTALED, THE DINOSAUR WITHIN, CIRCUMFERENCE OF A SQUIRREL, THE NATURE OF MUTATION, JESTING WITH EDGED TOOLS, CRAVING GRAVY OR LOVE IN THE TIME OF CANNIBALISM, ALICE THREW THE LOOKING GLASS (a parody of Strunk and White’s ‘The Elements of Style’), IRAQ: A LOVE STORY, as well as numerous one acts, collaborations, and shorts.

Current projects include a musical with composer Nile Rodgers, and a new untitled play. John lives in Brooklyn, and is an alum of New Dramatists.