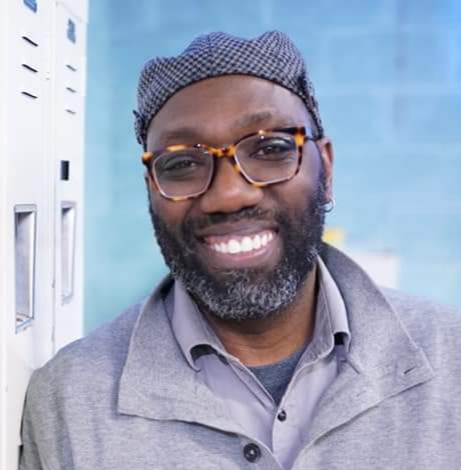 Dexter J. Singleton is from Detroit, MI. He is a director, producer, activist, and educator. He is currently the Founding Executive Artistic Director of Collective Consciousness Theatre (CCT), a multicultural theatre for social justice in New Haven, CT and the Director of New Play Development at TheatreSquared in Fayetteville, AR. Since 2007, Collective Consciousness Theatre has reached thousands of youth and adults with plays and workshops across the U.S. and Europe. They have produced the work of playwrights Dominique Morisseau, Idris Goodwin, Jackie Sibblies Drury, Katori Hall and many others. As a director, Dexter’s work has been seen at TheatreSquared, Connecticut Repertory Theatre, University of Michigan, University of Arkansas, The Flea Theatre (NYC), Long Wharf Theatre, Passage Theatre and others. Recent credits include Sweat, Skeleton Crew, The Royale, Flint, I Know Why The Caged Bird Sings, Among The Western Dinka, Black Book, Topdog/Underdog, and The Mountaintop. In his role at TheatreSquared, Dexter has developed many new works with writers across the country, including Sarah Gancher’s online hit Russian Troll Farm (New York Times Critics Pick, Best Theatre of 2020) and the upcoming world premiere of Designing Women by Linda Bloodworth-Thomason. He is also a member of the Artistic Ensemble at Long Wharf Theatre, Visiting Assistant Professor of Performance at the University of Connecticut, Board Member for TYA/USA and Co-Chair for the TYA National Task Force for Equity, Diversity and Inclusion. He was recently awarded the 2019 Artistic Excellence Award from the State of Connecticut and Distinguished Director of a Play for Black Book from The Kennedy Center/American College Theatre Festival. Upcoming Projects: BATON (San Diego Rep), KILL MOVE PARADISE (Playhouse on Park).

He believes Theatre has the power to make the world a better place.