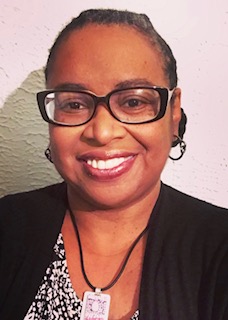 Michelle Tyrene Johnson is a public radio journalist, a diversity and inclusion consultant, and a former attorney in the Kansas City, Missouri area. As a playwright, Johnson’s plays have been staged nationally, including in California, Texas, Illinois, Connecticut, Pennsylvania, Michigan, and Kentucky. Several of her plays, such as WICCANS IN THE HOOD, THE NEGRO WHISPERER, TRADING RACES: FROM RODNEY KING TO PAULA DEEN, and ECHOES OF OCTAVIA have been in New York City festivals.  Johnson was one of the featured playwrights in the Obie Award-Winning 2017 The Fire This Time Festival in NYC. And Johnson’s play THE GREEN BOOK WINE CLUB TRAIN TRIP had a reading at The National Black Theatre: Institute for Action Arts in NYC in 2017, as well as being selected as the winner of the OCTA (Olathe, KS.) New Works Playwrights Competition.