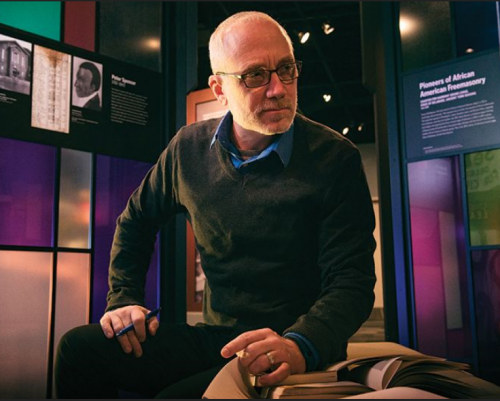 David Robson is an award-winning playwright whose work for the stage has been hailed as “compelling”, “forceful”, and “gut-wrenching” by the New York Times, and “an important contribution to contemporary theater” by the Philadelphia Inquirer.

Work has been produced by TheaterWorks Hartford, Delaware Theatre Company, Penguin Rep, InterAct Theatre Company, and Act II Playhouse, among others. Robson was recently named Delaware’s Best Playwright by Broadway World, and is recipient of the Hotel Obligado Audience Choice Award for New Work. Other honors include the Susan McIntyre Playwriting Award, the Panowski Playwriting Award (runner-up), and two playwriting fellowships and two grants from the Delaware Division of the Arts.

David is a member of the Dramatists’ Guild, the Playwrights’ Center, and is a former playwright in residence at the Lark Play Development Center in New York City. He is also the author of more than 20 books for young adults, including Shakespeare’s Globe Theater, The Murder of Emmett Till, and The Black Arts Movement. He earned an MFA in creative writing from Goddard College, an MS in English Education from St. Joseph’s University, and a BA in Communications from Temple University.