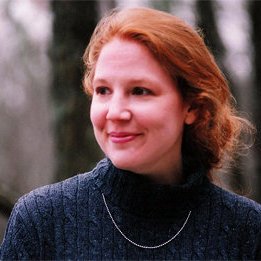 Cara was born in Oxford, Mississippi, grew up in Rome, Georgia, attended Princeton University in New Jersey, and now lives and works in New York City.   She is the Producing Artistic Director of Prospect Theater Company, and since 1998 has worked to establish herself as a vital presence in New York City’s theater community, becoming a leader in the field of new musical theater development.

Through Prospect, she has collaborated frequently with fellow founding company artist, composer/lyricist Peter Mills, creating the new musicals DEATH FOR FIVE VOICES, EVERGREEN, GOLDENBOY OF THE BLUE RIDGE, HONOR, THE ROCKAE, THE PURSUIT OF PERSEPHONE, THE TAXI CABARET, THE FLOOD, ILLYRIA, LONELY RHYMES, and THE ALCHEMISTS. Currently they are working on a new Civil War inspired piece titled, SOLDIER’S HEART.

THE TAXI CABARET is published and licensed by Samuel French; ILLYRIA is licensed by Theatrical Rights Worldwide and has a cast recording available from the Shakespeare Theatre of New Jersey.  GOLDEN BOY OF THE BLUE RIDGE has an original cast recording available on Amazon.com and was selected for the National Alliance for Musical Theatre’s (NAMT) 2011 Festival of New Musicals.

As a director, Cara collaborated with Susan DiLallo, Peter Mills, and Stephen Weiner on the creation of ONANOV BROADWAY (previously titled IRON CURTAIN), an original musical which received the 2006 Innovative Theatre Award for “Outstanding Production of a Musical,” and for which she also received an “Outstanding Director”  IT Award nomination.  She subsequently directed IRON CURTAIN at the O’Neill Theatre Center, at NAMT’s 2009 Festival of New Musicals, and in its 2011 critically-acclaimed Off-Broadway premiere.

As a bookwriter, Cara is collaborating with lyricist Marion Adler and composer Peter Foley on the new musical I CAPTURE THE CASTLE, adapted from the beloved British novel by Dodie Smith, workshopped in 2013 through the Pace New Musicals program at Pace University.  In 2014 she participated in the Goodspeed Musicals Johnny Mercer Writers Colony, the Weston Playhouse Artists’ Retreat, and the Rhinebeck Writers’ Retreat developing new works.  Recently, she received a Spring 2015 Bogliasco Fellowship to conduct research and work in Italy.

Also through Prospect, Cara has collaborated with many other emerging and established writers on readings, workshops, and productions of new work, including Michele Brourman, Sheilah Rae, and Thomas Edward West on I MARRIED WYATT EARP; Susan DiLallo and Stephen Weiner on ONCE UPON A TIME IN NEW JERSEY; Michael Cooper and Hyeyoung Kim on SUNFISH; and Randy Courts and Mark St. Germain on THE BOOK OF THE DUN COW.  She has a passion for re-interpreting classic stories and has directed adaptations of THE HOUSE OF BERNARDA ALBA, PURCELL’S DIDO (& AENEAS), DANTON’S DEATH, TWELFTH NIGHT, EVERYMAN, as well as many others.

In NYC she has also worked with Oberon Theatre Ensemble (OTHELLO), PASSAJ Productions (THE WHITE WIDOW), and the Gallery Players (THE MOST HAPPY FELLA).

Outside of New York City, Cara directed ONCE UPON A TIME IN NEW JERSEY at Surflight Theatre (Beach Haven, NJ), THE ALCHEMISTS for the Village Theatre’s Festival of New Musicals (Issaquah, WA), SACAGAWEA at the Goodwill Theatre (Binghamton, NY), and touring productions of JULIUS CEASAR and THE NIGHTINGALE for GMT Productions (Rome, GA).

Cara was honored to receive the 2002 “Lucille Lortel Award” for Emerging Women Artists from the League of Professional Theatre Women, an organization of which she served on the board, and from 2009-2011 as the Vice-President of Communications.  She was selected to receive the “New Directors / New Works” Grants from the Drama League in both 2004 and 2007, and participated in the Drama League’s 2012 international exchange with Bulgarian theaters.  She was named as one of NYTheatre.com’s 2006 “People of the Year.”

Cara was educated at Princeton University, from which she graduated in 1996 with an A.B. in Anthropology and a Certificate in Theater, and in the M.F.A. Program for Directing at Brooklyn College, where she was named 2006 “Alumna of the Year.”

She has worked on the administrative staffs at such notable NYC non-profits as Manhattan Theatre Club, American Ballet Theatre, and HERE Arts Center.

She is a member of the Stage Directors and Choreographers Society, the League of Professional Theatre Women, the Lincoln Center Directors Lab, and is a Trustee of the Princeton Triangle Club.