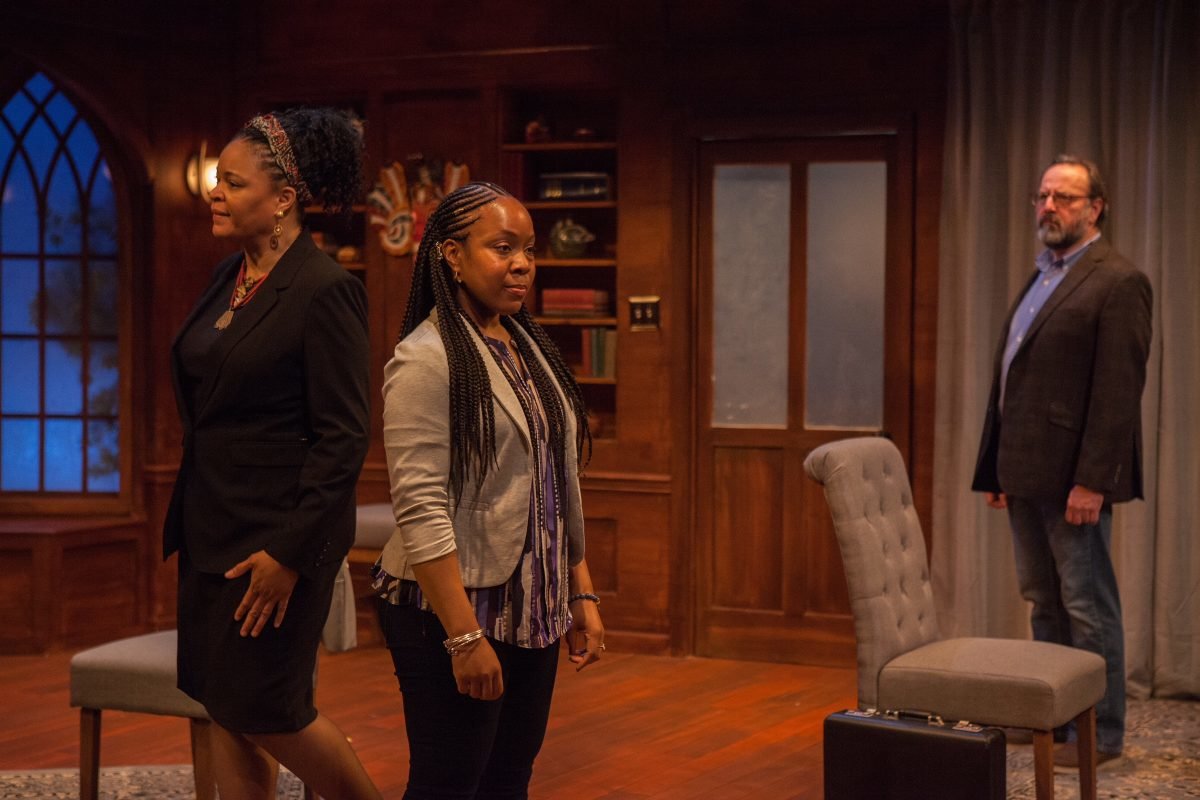 When Westerners decry the practices of other cultures, and campaign for change, they may mean well. But are they really spreading enlightenment, or shame? Who gets to decide whether an initiation rite is barbaric or an exemplary form of bonding? Are there any cultural absolutes, or are all cultural norms equally valid?

Inspired, in part, by the life and research of anthropologist Fuambai Sia Ahmadu and a controversial paper by University of Chicago cultural psychologist Richard Shweder, Human Rites is not for the squeamish. Rozin’s case study for examining clashing cultural perspectives is the practice variously referred to as female circumcision or female genital mutilation (the more loaded term). As one might expect, male circumcision also finds itself in the crosshairs, along with abortion, slavery, and assisted living.

Rozin gives all three of his characters strong, persuasive arguments. No one here is a villain, although Fairbanks’ dean does stumble into self-righteousness. You may remain skeptical – I am –of the notion that cultural practices can’t be fairly judged by outsiders. But you will likely leave the theater engaged in the debate.

How Many Plays Can You Name?
For many years as an adjunct professor of playwriting, I never felt a responsibility to introduce my students to “the canon” of dramatic literature. I was a teaching artist, not an academic, and while I would talk about plays being produced locally and nationally, often bring in a scene to illustrate craft, and recommend plays and playwrights I thought my students should read, I resisted including plays on my syllabus. The focus was on play writing, not play reading. This seemed to work for most of my career, since I taught in a conservatory where I could assume the students already knew what plays were. When I started teaching in a university’s English department about five or six years ago, though, I encountered students who’d never experienced a play before. Clearly my old methods were not going to work.

Around the same time, an email from History Matters/Back to the Future dropped into my inbox with an invitation to participate in their One Play at a Time initiative. Registering meant agreeing to teach one play written by a woman playwright from history to my class, and, if I signed up, my students would be eligible to submit to the Judith Barlow Prize. If one of them won, they would get $2500—and I’d win $500. This got my attention, and I began signing up every semester.

I started by teaching Susan Glaspell’s brilliant 1916 one-act play Trifles, which was surprisingly effective in presenting the elements of dramatic writing I covered in class. My students’ work got better, but over time I noticed another shift. Every semester, I’d ask them how many women playwrights they could name. The first time I asked the question, most of my students knew of only a few, like Lillian Hellman and Lorraine Hansberry, and their limited knowledge didn’t seem to bother them. But, as the years have passed, I have noticed that even if my students can’t name many, they are aware that there are plenty of women playwrights, and they should know more of them.

Last fall, when I asked the question to my students (full disclosure: these were the theatre majors), they filled up two dry-erase boards with the names of women playwrights they knew of or had heard of. We’re less than two years away from 2020, and though we aren’t likely to reach full gender parity by then, maybe something in the zeitgeist is moving us in the right direction?

One Play at a Time
The mission of History Matters/Back to the Future is “to promote the study and production of women’s plays of the past in colleges and universities and theatres throughout the country and encourage responses to those plays from contemporaryplaywrights.” (Italics are mine.) The brainchild of Joan Vail Thorne, History Matters came out of a response to the 2009 Emily Sands Study at Princeton University, which examined gender bias in the theatre and confirmed discrimination against female playwrights. Thorne, a veteran regional theatre director, playwright, librettist, and teacher, came of age during the regional theatre movement, which, Thorne reminds me in our interview, was spearheaded by two women: Margo Jones and Zelda Fichandler. “Of course, everyone was enraged and sad,” Thorne told me, speaking of the study, “but we’d heard this before.” In 2002, Suzanne Bennet and Susan Jonas had conducted a study for the NYS Council of the Arts that had revealed the same profound disparity between professional productions written by men versus women on the American stage. Thorne was angry, but she didn’t want to wallow in it. “We were always lamenting,” she said, and her instinctive resistance to lamentation led her to seek out something to celebrate instead.

Thorne and her colleagues—academics and theatre artists—found plays, and a lot of them, written by women who’d been forgotten across decades and centuries. Thorne describes these writers as “young radicals, with tremendous passion,” who were writing plays that “even when they were commercial were about something important.” The plan wasn’t to just blow the dust off old plays; Thorne hoped to connect young playwrights with these works, inspiring them to write their own equally powerful plays. One Play at a Time was launched, and the competition’s prize—named after Judith Barlow, the editor of Plays by American Women, which reintroduced playwrights from 1900 to 1930s and again from 1930 to 1960s to the public—comes with a generous purse, signaling to young writers that their work is worthy of compensation.

To read Tammy’s essay in its entirety, please visit http://howlround.com/women-s-history-matters.

The New Black Fest and The Lark, two theater organizations dedicated to celebrating and advocating for stories that explore the intersection of art and social justice, are proud to announce the fifth annual The New Black Fest at The Lark. This week-long event is aimed at showcasing diverse and provocative work in a festival of Black theater artists from throughout the Diaspora, and will feature talkbacks, a panel event, and staged readings of four plays-in-progress. The festival will take place April 9-13, 2018, and will include works by 2017 Djerassi Writer in Residence France-Luce Benson (Deux Femmes On the Edge De La Revolution), 2018 Laurents/Hatcher Foundation Award recipient Donja R. Love (soft), 2015 Princess Grace Award-Winner Jonathan Payne (Brother Rabbit), and artist, activist, and The New Black Fest alum Liza Jessie Peterson (Sistergurls and the Squirrel) who has performed excerpts of her one-person play The Peculiar Patriot in over 35 penitentiaries across the country.

The theme of this year’s festival, Black Love, Black Space, and Solidarity, was conceived by Keith Josef Adkins, Artistic Director and Co-Founder of The New Black Fest, in response to the world’s continued shifting. The festival will kick off with a panel discussion on this theme, moderated by Adkins, and featuring Keith A. Beauchamp (Filmmaker, The Untold Story of Emmet Louis Till), C.A. Johnson (Playwright), Dominique Morisseau (Playwright, TV Writer, Actor, and Social Justice Activist), and Quentin Walcott (anti-violence activist, educator, and facilitator).

“As the worId continues to shift and reshape, I found myself asking: ‘what now?'” said Adkins. “After communing with some really smart and compassionate people in the community, the answer was clear: commit ourselves to Black love, Black space, and solidarity. What does that look and sound like today?”

Adkins’ focus on community cuts to the heart of why The New Black Fest and The Lark have sustained this collaboration through to its fifth anniversary.

“The Lark is honored to continue our partnership with The New Black Fest,” said Lloyd Suh, Director of Artistic Programming at The Lark. “Keith’s approach to curating a robust conversation around urgent new plays is grassroots advocacy at its most potent. These plays and playwrights, in conversation with The New Black Fest and Lark communities, provide an extraordinary opportunity to explore the varied ways that theatermakers can challenge the present moment and uplift visionary ideas.”

“The New Black Fest is an exciting venture of bringing Black artists and arts to the forefront of the American Theater conversation,” added Morisseau. “Steeped in the ancient activism of the Black Arts Movement, but also cloaked in a new pedagogy that breaks old tropes and makes space for new identity consciousness, The New Black Fest is one of the nation’s leading creative platforms for contemporary Black artists. And I’m here for all of it.”

For more information about the artists, initiatives and plays of The Lark, please visit: www.larktheatre.org.

Check out Midday on WNYC‘s podcast: A Play on the Trans Experience, Through Voices of Family with Mashuq Mushtaq Deen, Resident Playwright at New Dramatists, who discusses the New York premiere of Draw the Circle. 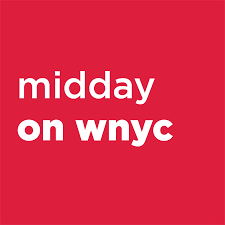 With a book by the TV writers Dusty Kay (“Roseanne”) and Bill Nuss (“Pacific Blue”), music by Stephen Weiner and lyrics by Peter Mills, “The Honeymooners” tells a new story that would not have felt out of place on the original sitcom.

Here on the stage of the Paper Mill Playhouse,Michael McGrath and Leslie Kritzer were rehearsing what appeared to be a conventional scene from “The Honeymooners,” the 1950s sitcom.

Against the backdrop of a luxurious apartment far beyond their modest means, Mr. McGrath, playing the rotund blowhard Ralph Kramden, was apologizing to Ms. Kritzer, as his endlessly forgiving wife, Alice, for another harebrained scheme gone awry.

“I got a biiiiiiiig mouth,” Mr. McGrath said, in a blustery Brooklyn accent. “It’s about time you know that, too.”

Ms. Kritzer offered a deadpan reply. “Thanks for letting me in on the secret,” she said. “You hid it beautifully.”

Sixty years ago, this might have been the moment where a studio audience would burst into applause. Instead, an orchestra struck up a gentle tune and Mr. Grath began to sing an apology for continually disappointing his wife:

Oh, I want it so bad
That of course I get mad
When you burst my hot-air balloon
I just want to love you
Take you to the stars above you
Bang, zoom, to the moon

The apartment set moved offstage, leaving only a stylized depiction of the Manhattan skyline. As the moon began to rise above it, Mr. McGrath embraced Ms. Kritzer and said sweetly, “Baby, you’re the greatest.”

“The Honeymooners,” in its best-known incarnation as a CBS series, starred Jackie Gleason and Audrey Meadows (playing the Kramdens) and Art Carney and Joyce Randolph (as their neighbors, Ed and Trixie Norton), a pair of blue-collar couples with big dreams that perpetually elude them.

The TV show helped establish a lasting template for future generations of sitcoms, including “The Flintstones,” “All in the Family,” “Roseanne”and “The Simpsons.”

The simple dynamics it depicted – the relationship between a man and his wife, and between that man and his best friend – are fundamentals that the cast and creators of the “Honeymooners” musical hope to duplicate.

Read the full article from the New York Times here.