The day “Two Degrees” had its world premiere, Denver experienced a record-breaking temperature of 80 degrees. You might have thought that Mother Nature could not have offered a more apt lead-in for a review of a play about a climate scientist who’s been drafted by a college friend, now a high-ranking senator, to appear before a Senate committee. Yes, the balmy weather was a bit unnerving (if pleasing) but the Denver Center’s production of Tira Palmquist’s play proves to be far more than an issue outing.

The play opens onto a dimly lit set to the sounds of mutually gratifying sex. Emma (Kathleen McCall) and Clay (Jason Delane) met in a D.C. hotel bar and made their way to her room. Each knows next to nothing about the other. That’s Emma’s rule. We learn why soon enough when Clay goes to the bathroom to get dressed and another man, a memory, walks into the room. This is husband Jeffrey (Robert Montano). While Emma was taking ice core measurements in Greenland, an unfathomable personal disaster took place back home in Boulder.

The play gets its title from the notion that, according to some scientists, 2 degrees Celsius is the threshold that, once exceeded, will lead to us to irreversible environmental upheaval. For Emma, the margin of disaster turned out to be more mundane: Someone had too many drinks and there was a crash on a Colorado road.

It is no easy task maneuvering the cataclysmic. The play’s twofold approach is impressively fluid as it moves between Emma’s past and her present, between her grief and the planet’s forewarned misery. The thaw that Emma researches threatens the way humankind lives. But the one she is experiencing epitomizes the benumbing and melting that humans go through after disastrous personal loss.

As the men in Emma’s life, Montano keeps gainfully busy portraying Jeffrey as well as Eric, Senator Allen’s exacting chief of staff, and Malik, an extreme weather carpenter at the Greenland station. His impressive triple duty is more than economical: it underscores Emma’s fragility. “Not now, Jeffrey,” she says sharply to his apparition more than once. “Not now!” But the other men, looking like variations of her husband, gnaw at her.

Emma is a tricky character to inhabit. As comfortable as she may be on the ice or in the home that she and Jeffrey share, she finds herself less sure-footed on D.C.’s slippery terrain. McCall is at her best capturing the character’s anxious energy, her defensive prickliness. It’s Emma’s frosted interior that occasionally begs for a more still approach.

Sen. Allen (Kim Staunton) and Eric represent the sausage-making aspects of governance: the horse-trading, the pragmatism. Staunton imbues Sen. Allen with a easy confidence. Of course, she can work a room. Still, a slip of the tongue during a wine-fueled visit with Emma could have forced the play into too much interpersonal drama. Instead, Staunton’s get-things-done portrayal underscores just how hard-nosed she’s become since their college days. Credit, too, director Christy Montour-Larson’s deft trust in the play’s ideas and emotions and the audience’s appreciation of the subtle movements between the expansive and the taut.

The sleek, evocative set (by Robert Mark Morgan) suggests the icy minimalism of Greenland as well as the very different chill of Washington, D.C. Charles MacLeod’s lighting — along with projections by Topher Blair — tease the set’s panes of glass and ice. You heard right, ice. The understated sound of dripping underscores the play’s global anxieties but also hints at the drip, drip, drip of emotional torment.

Read the full article from The Know here. 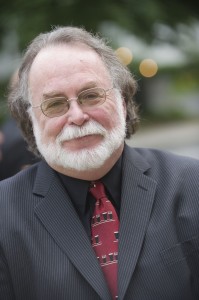 Orlando Shakespeare Theater (Orlando Shakes) in Partnership with UCF continues to expand its mission to bring thought-provoking new theatrical works to Central Florida through a commission with playwright Mark St. Germain to write an adaptation of John Updike’s bestselling novel, Gertrude and Claudius.

A staged reading of the play will be featured at the Theater’s annual play festival, PlayFest 2017 presented by Harriett’s Charitable Trust, and is scheduled to receive a world premiere in 2019 as part of Orlando Shakespeare Theater’s 30th season.

Gertrude and Claudius is a New York Times and Washington Post best seller and has received national and global acclaim. 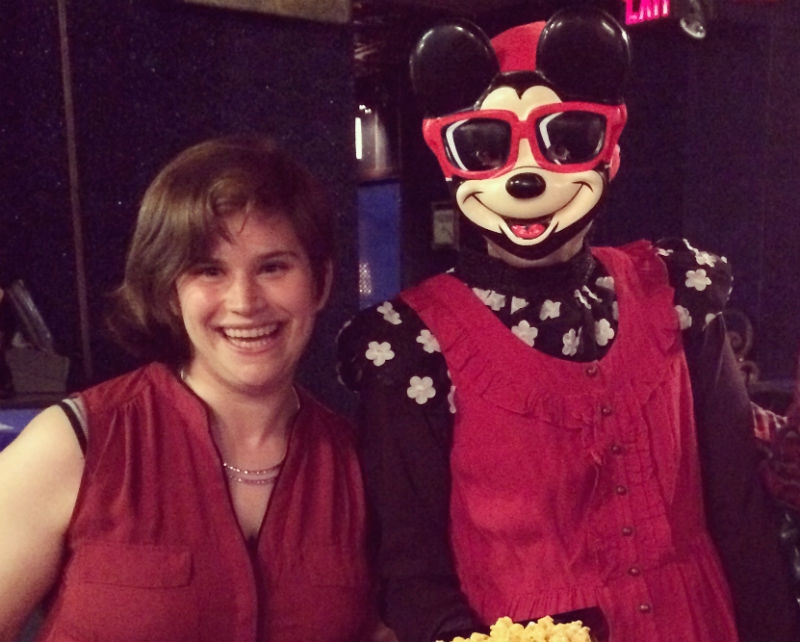 “She’ll tell you she’s a writer, a performer, and an activist, and while she’s mostly writing these days, EllaRose Chary has graced the stage often involved in all three pursuits.”  Ms. Chary’s stories are “rooting in the fight for social justice” and her activism is telling those stories.