See below for the beginning of Tammy Ryan‘s post on HowlRound, of LOST BOY FOUND IN WHOLE FOODS:

In March 2016, I traveled from my home base in Pittsburgh to see two productions of my play Lost Boy Found in Whole Foods, first at the Portland Stage Company, a LORT theatre in Maine, and then in May, at the Omaha Community Playhouse, the largest civic theatre in Nebraska. Both companies are prominent theatres in their predominantly white cities where large populations of asylum seekers, refugees and immigrants are arriving and resettling in increasing numbers. Lost Boy Found in Whole Foods is about Christine, a white woman who meets Gabriel, a Sudanese refugee in Pittsburgh in 2004 and invites him to live with her. The play began as an exploration of the difficulty in helping others, and one woman’s response to the refugee crisis exploding in southern Sudan. In the years since the play’s world premiere, our awareness of the world refugee crisis has expanded. Having the chance to see these two productions and witness the response from a diverse collision of audiences within months of each other, helped me see how my play had evolved in this new context, playing in these two ostensibly different but in many ways quintessentially American cities.

The Lost Boys of Sudan
In the early ’90s, during the Second Sudanese Civil War, Arab fighters in the north were burning and destroying villages in the south, resulting in an exodus of young boys escaping into the bush. The boys, ranging in age from four to eighteen years old, gathered in the tens of thousands, trekking across Africa where they faced starvation, attacks by wild animals, and bombings before reaching refugee camps in Kenya, where they lived on a bowl of grain a day for ten years. In 2001, 3,600 boys from Kakuma were resettled in cities across the United States, including Atlanta, Philadelphia, San Francisco, Syracuse, St. Louis, Portland, Omaha, and Pittsburgh. After 9/11, this resettlement program was halted. In spring of 2003, I was invited to participate in a project with Catholic Charities and Playback Theatre working with a group of young men from Sudan; the resulting play entitled, Long Journey Home, gave voice to their experiences coming to this country. At the time I was as clueless as most Americans as to what they’d survived, but I was profoundly moved by their resilience, courage, faith, and sense of purpose.

After the project completed, a Whole Foods store opened in my neighborhood. The first day I walked in I saw a young Sudanese “team member,” feeding a papaya to a middle-aged white woman in the midst of the produce section surrounded by the abundance found in American grocery stores. The irony of that moment: the stories I knew he carried and that I assumed, this woman might not know, would become the basis for the play I would write. For the next seven years, I immersed myself in everything I could learn about the Sudan, the “lost boys,” the Dinka tribe, their stories, history, and culture, and began to imagine the story of the play. By 2008 I had a first draft, in 2009 it was developed at the New Harmony Project and in 2010, Premiere Stages and Playwrights Theatre of New Jersey co-produced the world premiere. In 2012 Lost Boy won the ATCA’s Francesca Primus Prize. Three years later, I got a call from Anita Stewart, artistic director of the Portland Stage Company that she wanted to produce it. Around the same time, the Omaha Community Playhouse did a reading, which led to their production. The timing was right; each theatre was looking for a play like this. Stewart wanted to connect with the growing African populations in Portland, when the actor who played Gabriel in New Jersey, Warner Miller, recommended it to her and dramaturg Heather Helinsky had given it to Ellen Struve, then literary manager at OCP for the same reason. But it wasn’t until I had my boots on the ground in both of these places, that I understood “in my belly,” (as the Dinka would say) why it was inevitable that these theatres produced Lost Boy Found in Whole Foods this year.

From Portland to Omaha
After arriving in Portland, a chatty taxicab driver took me on a tour, pointing out the harbor, the restaurants, the New England architecture. As we passed the Maine Historical Society on Congress Street, I asked him what the bunches of multi-colored objects hanging from the fence were: “Lobster buoys,” he said. What he didn’t mention was that it was part of an exhibit by University of Southern Maine, artist-in-residence, Natasha Mayers working withthe Portland Public Schools, to paint seventy lobster buoys with the colors of flags representing seventy different countries the “New Mainers” hailed from. Walking around downtown, I sensed a tension that exists despite this welcome. The Old Mainers, many who’d lived there for generations find themselves sharing their city with a growing population of New Mainers: people who’d fled their faraway home countries, who are trying to adapt to this country and learn a new language, find a job, get an education, start a new life. At the theatre on opening night, a mainly white subscriber audience filled the seats, but there were also groups of New Mainers joining them, expectant, excited, and a little nervous.

Read the full article from HowlRound by Tammy Ryan, here. 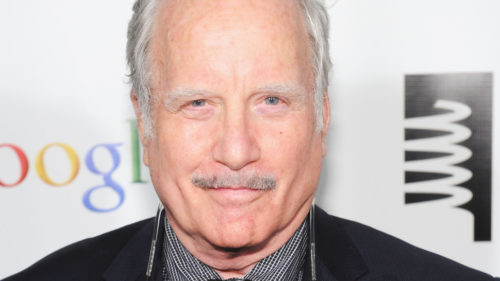 PlayMakers Repertory Company will kick off its 2016-17 season on Aug. 24-28 with the world premiere of DRAW THE CIRCLE, an autobiographical one-man show about his female-to-male transition written and performed by Mashuq Mushtaq Deen and directed by Chay Yew. There will be a freewheeling talkback with the artists and selected subject-matter experts, following each performance of this provocative PRC2 production in the Elizabeth Price Kenan Theatre in the University of North Carolina at Chapel Hill’s Center for Dramatic Art.

On his website, Deen describes this intensely personal yet universal play as “The hilarious and deeply moving story of conservative Muslim mother at her wits’ end, a Muslim father who likes to tell jokes, and a queer American woman trying to make a good impression on her Indian in-laws. In a story about family and love and the things we do to be together, one immigrant family must come to terms with a child who defies their most basic expectations of what it means to have a daughter … and one woman will redefine the limits of unconditional love.”

“The story is autobiographical, so in a way, the story conceived me,” claims Mashuq Mushtaq Deen. “People ask, When did you ‘transition’?, as if it’s a point in time. It was more than a decade in the making — years of resisting, coming to terms, resisting again.”

He adds, “I finally decided to write about it, because I thought the story could do some good in the world, could help other people feel less alone than I felt. But when I began the telling, I realized I wasn’t as interested in my own journey, I had already lived through it. The exploration I could sustain — and writing for me is both exploration and a lengthy commitment, as plays can take years — was the journey of the other characters, those who loved me and didn’t want me to change. And certainly, writing the play also helped me to understand my family in a different way.

“While I was writing [Draw the Circle], I did a lot of research on solo shows,” Deen recalls. “I was most inspired by my friend and colleague Jessica Dickey’s piece, The Amish Project [– which is] a brilliant piece of theater, if you ever get to see it[.] In that play, she portrays all the characters around the Amish community; and through that negative space, if you will, the audience gets a much more complicated version of the heart and soul of this Amish community.

At the conclusion of the week-long Samuel French Off Off-Broadway Short Play Festival, six plays were named the winners of the nation’s premier short play competition, including Risen from the Dough by France-Luce Benson!

These winning works were performed as part of an August 14 showcase at Classic Stage Company’s East 13 th Street Theater. Samuel French will publish the pieces and make them available for licensing.

Thirty finalists competed for the six prize spots. The finalists were chosen from 1,500 submissions worldwide.